Many homeowners are on the search for apartments these days due to high house prices. While searching for an apartment, you may have come across Units for sale in online ads with features similar to an apartment.

So, are Units and Apartments the same thing or different kinds of dwellings?

Let’s delve deeper to find out the difference between an apartment and unit.

Difference between a Unit and an Apartment Explained

A unit is a type of self-contained housing that is part of a group of dwellings. The units typically have common walls with rooms at the opposite end of the wall.

It can also be used for houses that are next to each other with no boundary walls. The house units are typically smaller, with one or two bedrooms.

In contrast, an apartment is a type of unit with specific features. The residence is also a self-contained dwelling. It is multi-storied with rooms separated by walls. An apartment has several units that occupy two or more floors.

An apartment has communal hallways, an elevator, and stairs.

The building owner is responsible for the upkeep of the building. The owner usually creates an apartment building association that looks over maintenance related issues of the apartment.

Apartments are called by different names in other countries. In many countries, such as the UK and India, the term flat is more common. In Malaysia, an apartment is of better quality as compared to a flat.

Types of Apartments and Units

You will find different types of apartments and units available for sale.

Here is a brief overview of the specific features so that you can decide which one is the best for you.

A studio is a type of apartment unit that has an open floor plan. The dwelling consists of just a single room that serves as the bedroom, living room, and kitchen.

These units are small, typically ranging between 300 and 900 square feet.

An alcove is similar to a traditional studio with an L-partition that separates the living room.

The unit has an alcove of nook for a bed. The specific shape of the unit allows more privacy. You can easily curtain or wall off the bedroom if you want privacy.

A loft apartment is a large size studio apartment. The units have a larger space with high ceilings.

They have often renovated units that in the past have served as a commercial space.

A convertibles studio has the same design as the standard studio apartment. But the difference is that the studio unit can be converted to an apartment. The building owner allows a separate wall to partition the rooms.

Convertible studio units can be converted into an apartment. If the space is big enough, you can install a wall to create two or more separate bedrooms.

But local building codes may place restrictions about the type of wall you can install in the convertible studio. Building codes in many regions don’t allow permanent separation walls.

You can install temporary walls such as the Japanese walls called shoji walls.

The flex is a marketing term that means that you have the flexibility of converting the studio unit to an apartment unit with separate rooms.

A micro-apartment is a one-room unit that is small than a studio. The dwelling unit typically is less than 350 square feet. This type of apartment unit is generally found in places with high rent and house prices.

Most micro-apartments have high ceilings, balconies, and large windows to create an illusion of space. They may also have separate patios, rooftop decks, and other common areas to entertain the guests.

The modular design of the micros-apartments allows flexibility in usage. You can arrange the furnishing in a manner that the same place can serve different needs.

For instance, you can buy a 5-foot sofa that can be converted to a bed or a dining table that can convert into a work desk.

Micro apartment units also have small kitchens known as kitchenettes. The kitchenette can accommodate a two stove burner and a small fridge due to the small space.

The dwelling units are usually bought by people who want to live near the place of work but can’t afford a large unit. The apartment units may come with housekeeping, Wi-Fi, and other amenities. Some of the units may also be furnished that save from the hassle of buying furniture.

A railroad apartment has a straight floor plan consisting of three or more rooms with no hallways. They form a long, thin rectangle shape similar to compartments in a train.

They are usually found in posh suburbs with a premium on real estate prices.

A walk-up apartment is a type of dwelling where the units are accessible through stairs. The buildings are generally smaller with a few tenants.

They are more affordable but typically less desirable as they don’t have any elevators.

A duplex apartment is a type of multi-story apartment with only two units. The apartment in the shape of a duplex has a separate entrance and living spaces for each unit.

A triple is an apartment unit with three units in one building. These units also have separate entrances and living spaces. They may be similar or smaller in size than a duplex apartment unit.

A co-operative unit, or co-ops, is a type of apartment unit where two house owners share one property. The joint owners share the responsibility of the upkeep of the unit.

The owners of a co-op unit also share the mortgage payments.

Generally, approval is required for an apartment unit to be co-owned. The owners will have to follow the rules of the apartment building board to gain approval for co-ownership.

A garden apartment is a type of dwelling space on a basement of the ground floor. The apartment owners have direct access to an outdoor space. They are cheaper than houses and even traditional apartment units.

The price of apartment units is typically lower due to being below the ground level.

There is a chance of flooding during heavy rain. Moreover, pest and security issues also result in less demand for apartment units.

Benefits of Buying a Unit

A unit may be smaller than a house with no boundary wall or backyard. But there are many advantages to selecting an apartment over a house.

While owning a house may bring you more privacy and flexibility, the maintenance and mortgage costs will be higher.

The small maintenance expenses such as door repair costs can add up to a large amount. Moreover, some maintenance costs, such as roof replacement and repairs costs can be high.

With studio, loft, alcove, apartment, and other types of units, you have to pay a lot less. The deposit for a unit is typically much less than for a house.

The rental cost of units with shared spaces is also much lower. You will also have to spend much less on maintaining the apartment.

Additional benefits of owning or renting an apartment include amenities like pools and gyms. Most of these amenities are available for free or at much less cost in luxury units as compared to a house.

Selecting an apartment unit may be difficult since there are so many different types that you can consider. You have to consider the cost and living space when selecting a unit.

Moving into a studio or loft apartment can help save a lot of money on rental and maintenance expenses. It will allow you to live in a desirable neighborhood with all the necessary public amenities.

The cost of rent of smaller units is typically less than a one- or two-bedroom apartment in the same place.

Another important consideration is the amenities available for the residents. Most luxury studios and lofts typically come with many features such as a gym, Wi-Fi, child care, and other services.

Some units don’t allow pets. There may also be other restrictions for unit owners or tenants. You should read the building association by-laws before buying or renting a unit.

A unit and apartment are the same dwelling space. An apartment is a type of unit with rooms separated by walls.

There are many different types of units, such as units, garden apartments, loft apartments, alcoves, and others that we have briefly discussed in this blog.

You should consider your budget and family requirements when buying a house. If the family size is small, buying an apartment unit may be a more wise decision as compared to owning a house. 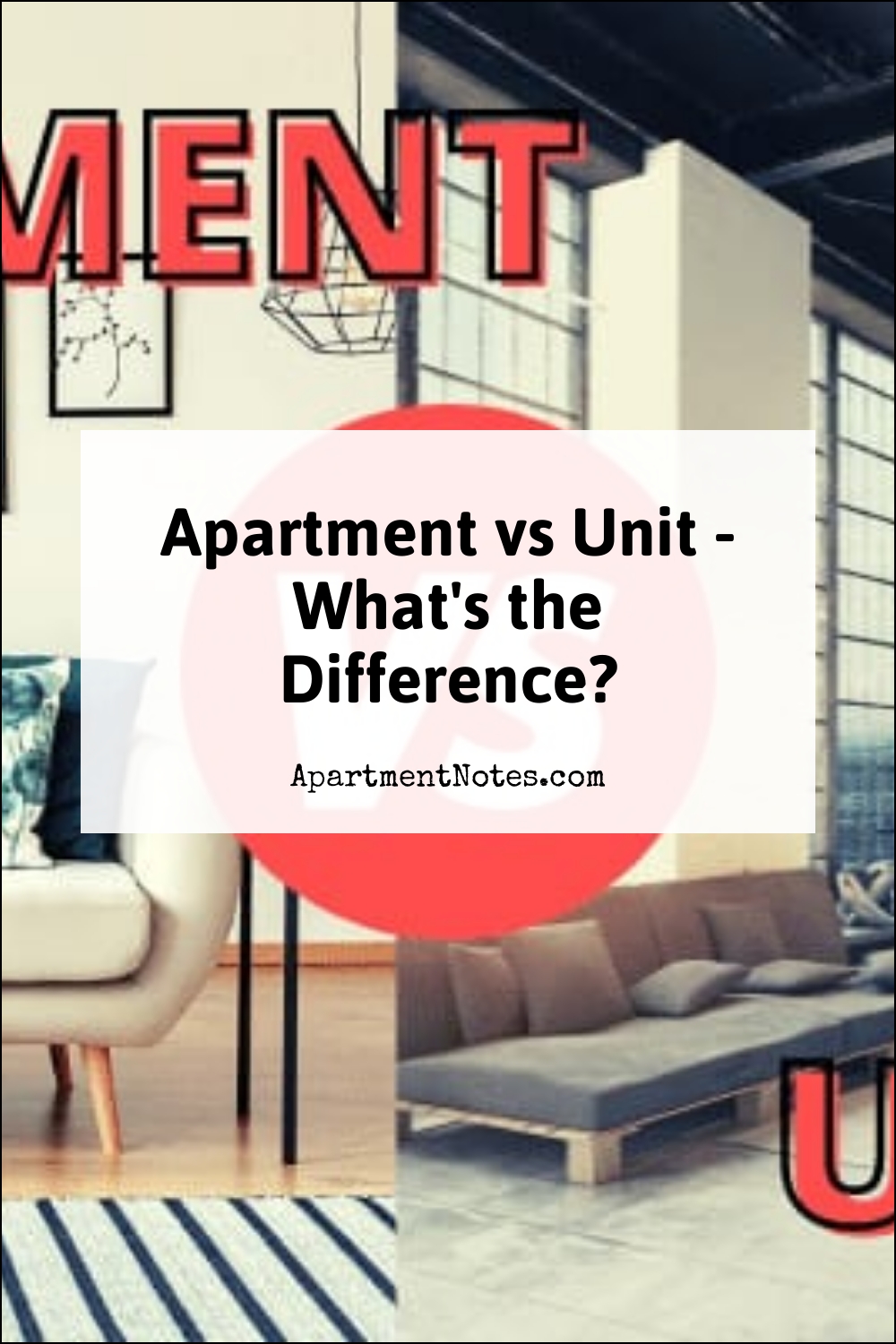