Wondering whether you can be evicted for smoking weed in your apartment?

The short answer is: Yes, it is possible! You may get evicted for smoking weed in an apartment.

However, a lot depends on your circumstances and location.

Here is all that you need to know before proceeding.

Tenants Don’t have a Right to Smoke

You must bear in mind that a ban on smoking is not deemed discriminatory.

Discrimination on the basis of certain factors like ethnicity, age, and gender is not permitted. But smokers are not included in this category. Hence any ban on smoking is not discriminatory.

So when it comes to smoking in an apartment, know that you can’t claim to have a right to smoke weed.

On the other hand, cities, states, and the federal government can restrict smoking of all types including weed. It largely depends on the city and state that you are currently residing in.

The focus here will be on restrictions on smoking weed.

Although certain states have recognized and legalized weed to some extent (for medical and recreational purposes), marijuana is still a prohibited substance under federal law.

Hence, smoking marijuana even in the privacy of your rental space could get you charged for a federal crime.

Federal law does not recognize marijuana use even for medical purposes.

If marijuana is not permitted in your state, then anti-smoking laws will apply.

But if your state legalizes marijuana for recreational or medical use, then you will have to peruse the relevant rules of your state to find out more.

Certain anti-smoking rules make an exception for medical marijuana use.

If smoking marijuana for either medical or recreational purposes is allowed in your state, you should visit your state website to learn more about this issue.

Also, remember that the landlords do not have a duty to inform tenants about anti-smoking laws in their city or state. It is up to the tenant to find out what their rights and restrictions are in this regard.

Yes, landlords can prohibit you from smoking weed in the apartment, even in states and cities that have lenient anti-smoking laws.

Landlords have the right to prohibit smoking anywhere on their premises. They can even prohibit their tenants from smoking in rooms that they have rented.

There are several reasons why landlords may want to prohibit smoking. The most obvious is that smoking is extremely harmful and it can possibly spread across the building and harm others.

There is also the risk of fires with smoking due to which catastrophic property damage may ensue. To cover such risks, landlords may have to pay premiums on fire risk.

This is an added expense that hardly anyone will be pleased with. Smoking also creates odors and stains that can damage property and turn away prospective tenants.

One of them is the nuisance factor. Smoking and its odor is a cause of nuisance for non-smokers. Another is that it is mandatory for landlords to take steps for ensuring that the rental space is habitable.

Tenants can argue that the rental space is inhabitable due to the health hazards of smoking.

If your landlord has prohibited smoking outright or placed other restrictions, this will be mentioned in your rental or lease agreement.

But even if there are no such restrictions against smoking in the rental/lease agreement, state and local laws may stand in the way.

So even if you do not find any prohibition on smoking in the rental/agreement, you should take care to fully understand any anti-smoking laws in your area.

Can My Landlord Evict Me for Smoking Weed?

If there is a prohibition on smoking in the agreement, then you may not be allowed to smoke weed even on medical grounds.

If your landlord finds out that you are smoking weed in your apartment, they have the right to terminate the rental agreement and have you evicted.

There may not be a clear-cut prohibition on smoking in the agreement. However, it may be included in the rental rules of your area. So your landlord has the right to evict you if there were repeated violations even after multiple warnings.

The landlord may be entitled to terminate the rental agreement and evict you on the basis of the ‘illegal activity’ clause mentioned in the agreement. Remember that smoking weed is a federal crime.

But whether or not local courts allow the landlord to do so depends on the circumstances.

If you don’t have a record for illegal or criminal activity and if marijuana is legal in your state, then the judge may rule it to be a minor illegal act and stop the landlord from evicting you.

If you would like to smoke marijuana in your rental apartment then you should take care to read the agreement carefully. You should also peruse relevant state laws for marijuana smoking.

If your state permits smoking marijuana and your landlord also agrees then you should take your landlord’s permission in writing as proof.

But if your landlord has prohibited smoking marijuana on their premises then it is best to avoid signing the rental/lease agreement.

It is best to avoid the legal battle, headaches, and high legal costs that can possibly ensue if your landlord objects to marijuana smoking.

If marijuana is permitted in your state, it is best to get in touch with a landlord who allows marijuana smoking. This way, you can enjoy peace of mind knowing that your marijuana smoking habit won’t get you into legal trouble.

If your state forbids marijuana then smoking weed in your rental unit is not allowed and could have you charged with a federal crime.

But even if your state permits marijuana, the rental agreement should not have any anti-smoking clause because the landlord can sue you and possibly have you evicted.

So be careful as there can be grounds for eviction when it comes to smoking weed in a rented apartment.

I hope the articles helped you answer your query!

Other articles you may find useful: 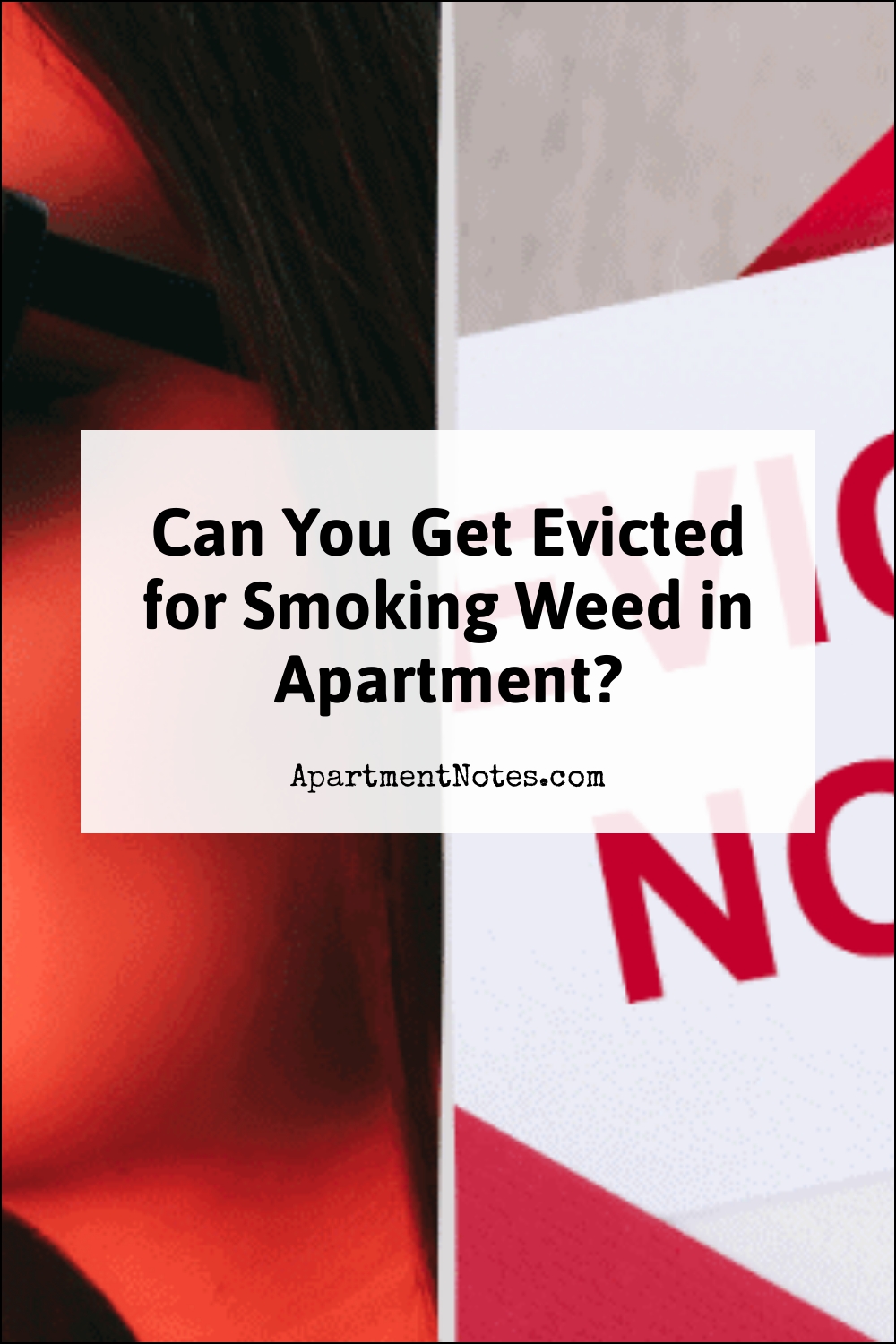